Back to the Trenches 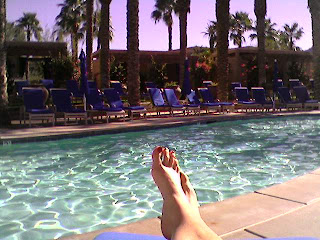 So, I'm back. Happy to see the boyz, for sure, but man oh man, wishing I was still in 90 degree weather, laying out in the sun, drink in hand. With my crazy kids splashing next to me in the pool. Instead? It's maybe 25 degrees out (and that's being generous). And it's gonna be a loooong Boston winter from here on out. 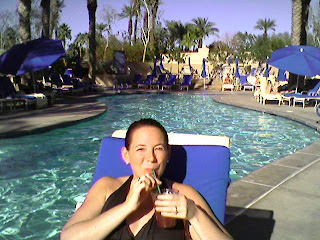 (You know how when things get chaotic and crazy and you just sorta tune out and go to your "happy place"? Well, mine used to be a generic beach on which I am lounging in a hammock, swaying in the breeze. But now? It's easily the Hyatt Grand Champions Resort. Ahhhh...) 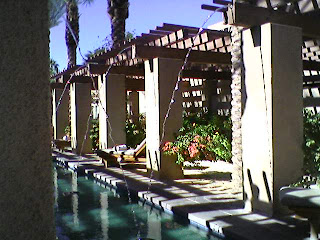 So while my boyz were back in the Trenches with my parents (Gramma and Poppa) who were breaking every child labor law on the books... 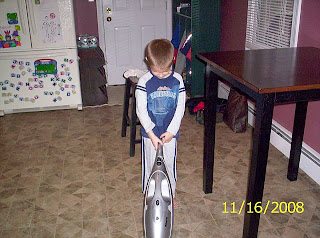 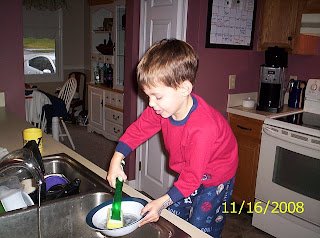 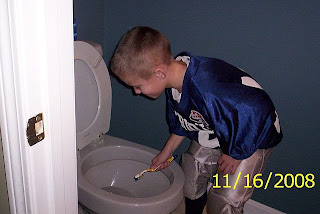 (Why yes, that would be Daddy's toothbrush!)

(Now you can see where I get my sense of humor), I was:

1. Getting a massage. (They asked me whether I preferred a male or female masseuse. I chose a woman.) Anyway, you know how you have to put your head in that little donut thingie as you lay flat on your belly? Well, it felt so good, I seriously drooled right through that little hole onto the floor. AND! Have you ever had your ASS CHEEKS massaged before? Me neither, before this. And as she was kneading my lumpy dough, I could actually feel the muscles! In my butt! Who knew?

2. Riding in an aeriel tram 8,500 feet up a mountain. Got a little queasy on this. The floor ROTATED as we were going up. Our intent was to have drinks once at the top, but we vetoed that idea since we knew we had to ride back down on the spinny floor. 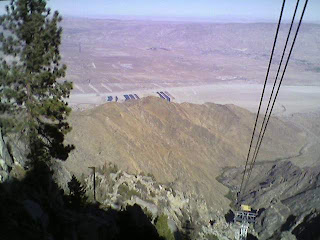 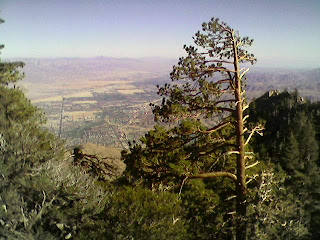 (Sorry for the shitty quality of the pics - they were taken with my cell phone. Hubby stole my camera so he could take these pics of the golf course he was playing on that day. Granted, they're good pics, but STILL. 8,500 feet up? My pics would have ROCKED if I had my camera. 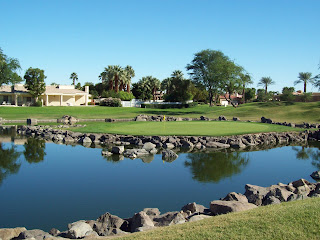 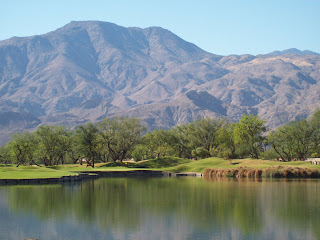 3. Taking a RIP-OFF Celebrity Tour of the Palm Springs area. First of all, no one else on the grungy, dirty bus was less than 80 years old. Second, we looked at shrubs. Shrubs, hedges and fences that were blocking the view of the homes we were supposed to be gawking at. Third, we didn't see anyone's home who wasn't DEAD. Sinatra, Bob Hope, Dean Martin, Marilyn Monroe, etc....But the worst part? During the 3 hour tour ("a 3 hour tour, a 3 hour tour..."), we stopped once for a 25 minute "break". So guess what the girls and I did? That's right - we bought booze and smuggled it back onto the bus. It was the only way we were going to make it through. And then, once the tour was over? We stopped at every single retirement community and rest home to drop off passengers! We were supposed to be done by 1:15 (plenty of time to catch some p.m. sun, we figured) but weren't actually dropped off back at the car until 2:20!!! And dammit, the sun goes down behind the mountains by 4:00. So that was a total waste of a day. 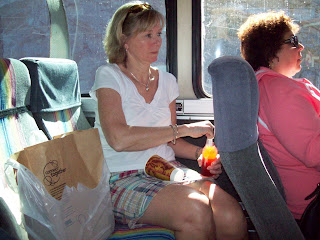 Smuggling booze onto the bus 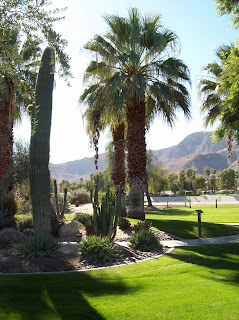 I was so bored on the tour ("a 3 hour tour, a 3 hour tour"), I resorted to taking pictures of phallic cacti. You can't blame me.
4. Eating a $1,200 meal at LG's Prime Steakhouse. There were 9 of us. I guess these bankers figure if they're gonna go down, they're gonna go out with a bang, huh? Sinful. (And is it chintzy of me that I honestly can't tell the difference between a $100 bottle of wine and the cheap ass swill $12 bottle(s) that I usually buy? Hubby can be THANKFUL for that one.)

5. Hot tubbing. The villa Hubby and I stayed in overlooked the golf course where the PGA Skins game will be played next week. (And no, it's not naked golfing despite its name.) Our room also happened to be adjacent to the pool and a huDge hot tub. After a long night of schmoozing and cocktails, we'd head back to the room, change into our birthday bathing suits and hit the hot tub where we had our own "skins game". Heh. Totally kidding, of course.

It was relaxing, it was refreshing, it was romantic. It was just what this Momma needed. So bring on the holidays and the ensuing chaos - I'm ready!

(Stay tuned. I've got some good giveaways coming up!)

Sigh. I was excited about my quiet evening with a glass of wine and a roaring fire, then I read your blog. Now I'm jealous and ready to hop the first plane out of coldville - AND I ran out of wine. No fair ;)

What fun! I would kill to get a vacay with my hubby. I miss him and he's just in the next room.

Oh it sounds like a lovely and WARM trip! Welcome home to freezing Boston, girl! Wish you could have brought some sun with you!

I hope you don't mind that I just lived vicariously through you! I love the photos of the boys cleaning. Now if only they were of MY boys. And they were TRUE!

I featured you on my Pay It Forward Friday today! What would I do without you? :)

At least you'll be able to transport yourself back to warmth in the coming months.

Tell me he got a new toothbrush.

Somebody needs to get you a PAYING gig to write travel books.
My favorite part was the smuggling booze on the bus. BRILLIANT!

OMG.... I'm drooling. Literally drooling on my keyboard! I am so envious! I'm so glad you had a good time. I love the photos of the boys cleaning... love it! :)
Best,
Audrey