I'm not a dog person, per se.  Never have been.  Growing up, we never had any pets.  My first, I guess, "official" pet was my college boyfriend's yellow labrador that he had at school and then we had him post-college when we moved down south.  But I lost custody in the break-up, and that was that.

And then, a husband and 3 boys later, we inherited Sunshine.  Sunshine met her untimely and oh so sad fate last August 2013.

It took a bit of time for the boys (and Hubby and me) to grieve.  We all missed Sunshine terribly.  But then, soon(er than I would have liked), they were ready.  Ready for a new doggie to love.

We managed to postpone this huDge family decision for quite a while.  You see, we are ALWAYS BUSY with sports!  Baseball season lasted this year from April until August and then football ran from August until November!  So it was easy to procrastinate, yet we ultimately knew that another dog would be in our future.

Hubby and I started looking this fall, right around the time Eldest made his birthday list and the #1 item on it was a dog.  Then, in late fall, the boys started talking about Christmas.  Sure enough, each of them requested a new dog.

We knew we had to (and wanted to) pull the trigger.  Our thought was that if we could find a female Cavachon before Christmas, and before the winter weather hit, then all the better.

And so it came to pass, on November 1st, unbeknownst to the boys, Hubby and I visited a kennel and looked at 2 female Cavachon pups and 2 female Zuchon pups.  Zuchons (also known as Shihchons and also known as the "teddy bear" breed) are a mix of a Shih-tzu and a Bichon Frise.

Little Luna (get it?  We had Sunshine and now we had Luna.) stole our hearts.  She was ours. 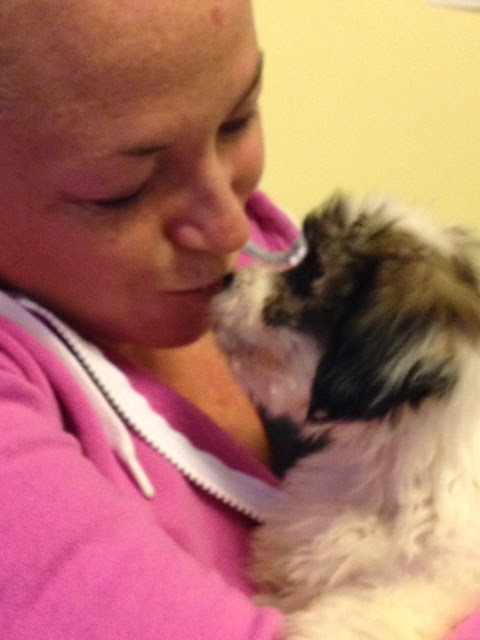 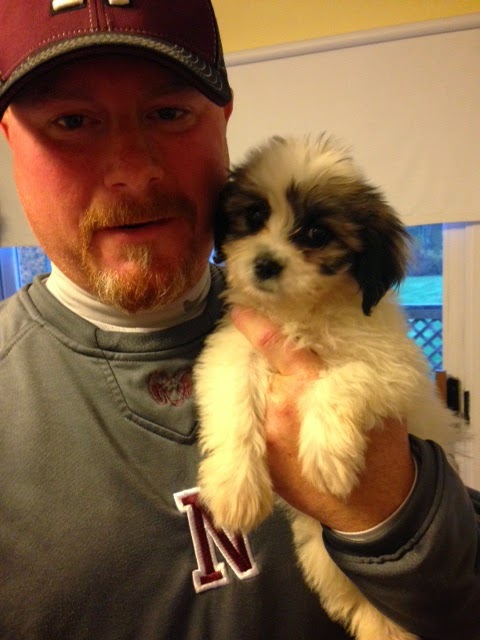 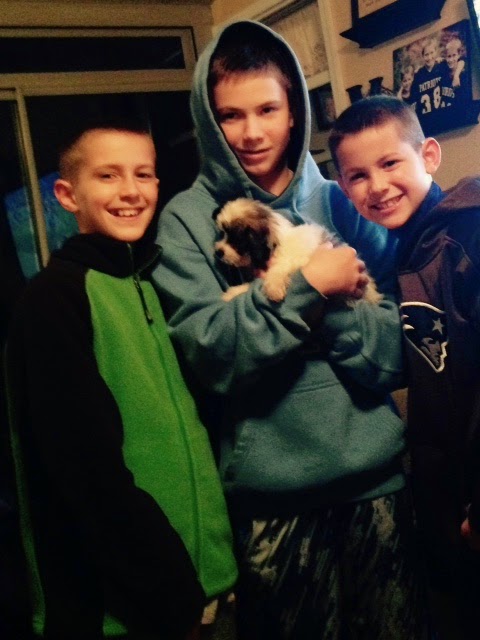 Needless to say, the boys were thrilled with our wittle 3 pound (!) bundle of joy.  We took her for her first vet check on November 6 and she was good, except a little underweight (2lb, 8oz).

By Friday night, her little puppy nose started running and she was blowing teeny bubbles out of it.  A puppy cold.

Saturday, I left for my girls' overnight.

By the time I returned on Sunday, Hubby was anxious.  Luna was getting sicker.  She was very lethargic, not eating or drinking, and still had the runny nose, and now, a cough.

Bad timing.  I had to leave for a 3-day work trip early Monday morning, so Hubby was on his own.  He took her to the vet that day.  She was diagnosed with pneumonia and given an antibiotic.

Unfortunately, the antibiotic didn't really kick in.  She wasn't getting any better.

Our vet recommended taking her to an animal hospital for treatment.  Mind you, we had only had her less than 2 weeks.  ($$$$)

The kennel where we got her had a 14-day unconditional health guarantee on their dogs.  We had to make a decision.

So on Wednesday, November 12th, Hubby returned her to the kennel for them to treat her, and we waived our rights to her while awaiting a full refund.  He also had to be home when the boys returned from school, to tell them that their new puppy was gone.  (All this while I was still in South Carolina for work, heartbroken.)

You guys, it SUCKED.  For all of us.  (And especially for Luna.)

It is now December.  We STILL don't have her back.  Every Friday, we call the kennel to check in.  (She was placed on a stronger antibiotic and has been in quarantine from the other dogs.) She still has coughing and congestion, but they assure us she is indeed getting better.  We are receiving our refund this week, but will have first dibs on her when/if she's healthy, if we should want.

This is where we are torn.  And heartbroken over a dog.  (Again.)

1.  Do we stick it out and wait on Luna to come home to us, her family?  But have the antibiotics done any long-term damage to her tiny 3lb body?  Organ damage?  (Our personal vet said she could run some tests on her when/if we get her back to check for kidney problems.)

All 3 boys are taking this better than Hubby and me.  They're resilient.  They were attached to Luna, yes, but not so much.  It was only 12 days.  They just want A PUPPY.

Any suggestions and advice appreciated.  We are struggling here. 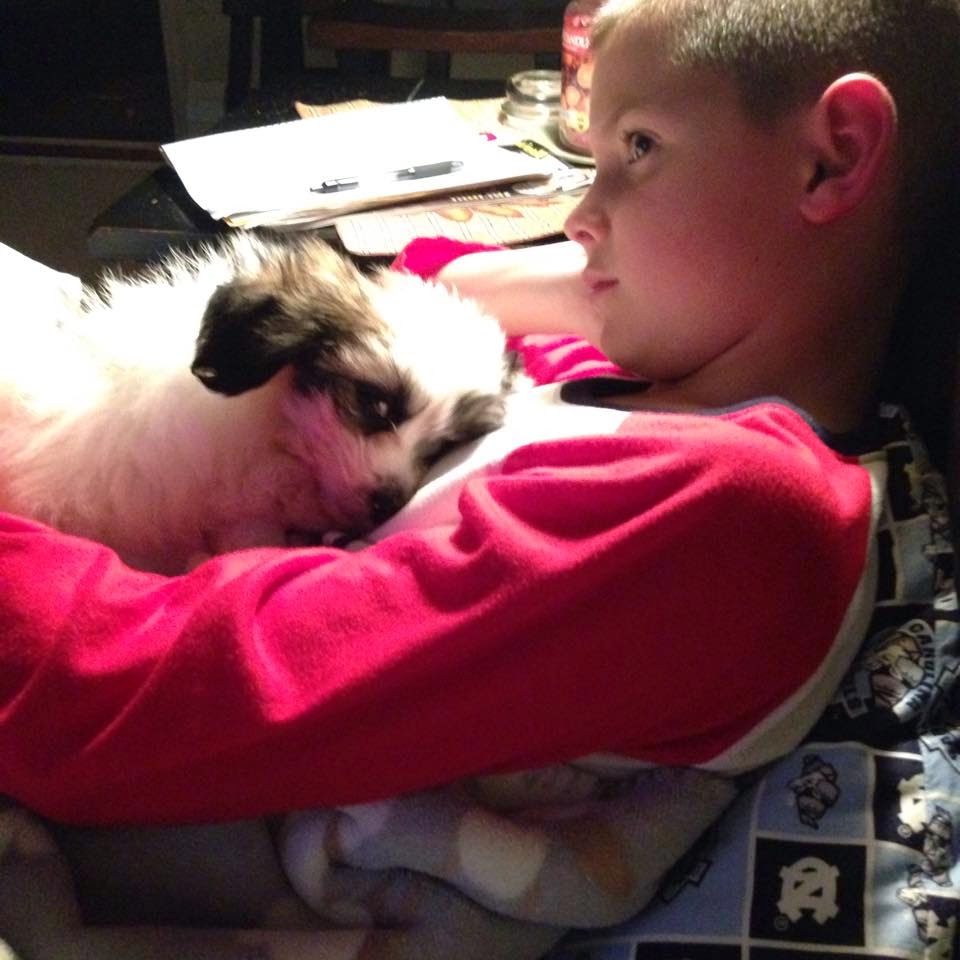 Sunshine Coast Pet Resort is one of South East Queensland’s most popular and respected pet holiday destinations! And with good reason.
We go out of our way to give your pet, and you as the owner, the best experience possible, so you have peace of mind