The Tooth Fairy: A Play in Five Acts

Middle child loses a tooth to little fanfare because (a) neither parent even knew it was loose and (b) he just randomly walked into the bathroom and pulled it out.

Child puts tooth in a ziploc baggie and carries it up to bed with him, placing it carefully under a mound of pillows, anxious to see how much money he'll get in the morning.  Said child loooooves to save/hoard his money and then splurge on big-ticket items (for example:  a handstitched Blake Griffin basketball jersey; customized Lebron sneakers).

Both parents go to bed, neither of them playing the role of Tooth Fairy.

Middle child awakes to disappointment, for the Tooth Fairy has forgotten to pay him a visit.

Repeat Act II, except Middle Child decides to only sleep with ONE pillow, so as not to confuse the Tooth Fairy on this night.  Perhaps she couldn't find the tooth under alllll those pillows last night?
Mother goes to bed, completely forgetting about the damn tooth.

Father goes up to bed and plays the role of (generous) Tooth Fairy, taking the tooth and leaving the child a $5 bill in the ziploc under his pillow.  Mother is already asleep, so no discussion is had.

Mother awakens before father and realizes that shit, no money was left AGAIN by the Tooth Fairy and this would be BAD.  So mother scurries down to her wallet and unearths three one-dollar bills.  In the interest of time (and not getting caught), she throws the money on the side of his sleeping head.

Mother goes for a run.

When she returns, father is awake.  Mother informs father that she left money from the Tooth Fairy.  Father informs mother that he, in fact, did too.  Crap.  An $8.00 payout for an insignificant tooth is quite outrageous and needs to be remedied.

Mother sneaks up the stairs and cracks open middle child's bedroom door.  Middle child stirs and 2 of the 3 dollar bills float down off the bed to the floor.  Mother gets on her hands and knees, and snakes her hand in to reach the money off the floor.  She stands up, and quickly grabs the remaining dollar by the sleeping child's head and rushes off, realizing how foolish she must have looked.

As you can see, playing Tooth Fairy is complicated.  At what age do they not believe so we can be done with this foolishness?? 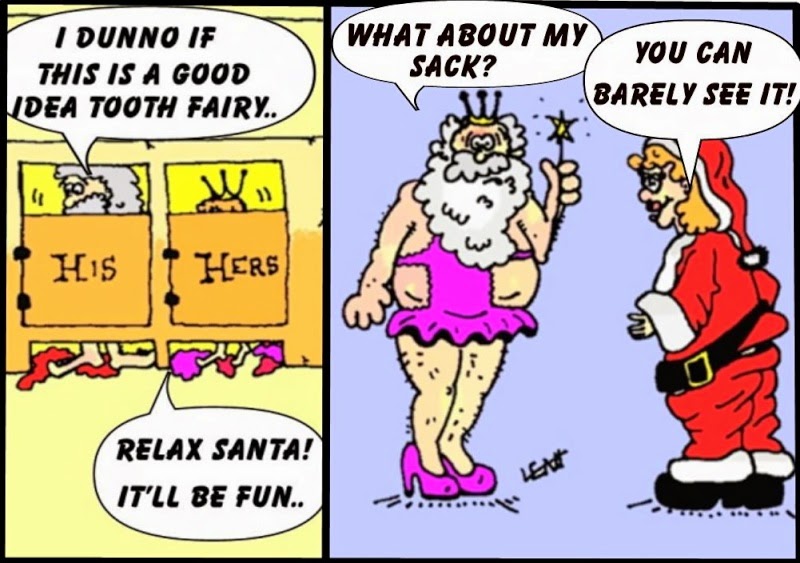 After reading this I am thankful my 5 year old as asked for a plastic bowl with a cover. This what the TF can have the tooth in the Jar and leave it out side do door lol