Every year, the 3rd graders are required to do a poster project about a historical figure from Massachusetts.  (Last year Middle chose Doug Flutie.)  This year, Baby was assigned Norman Rockwell.  And for some reason (which I don't remember happening last year), the project was due at the VERY END of the school year.

You know, when the children (and parents alike) are mentally ALL DONE with school.

Even more so for me because Baby is my toughest child to get to focus.  He fidgets, he stalls, he wanders, he flails, he whines, he cries, he lays on the floor...you get the picture.

This damn project was going to be the death of me.  Fortunately we worked it out with minimal threats of violence, and I didn't have to just do the entire project myself and have all the other parents judging my (awesome) work.  Which?  Aren't all these school projects Parent Homework anyway?  In some way or another?

And so, the Norman Rockwell poster was completed in a timely fashion with ungodly amounts of Elmer's glue. 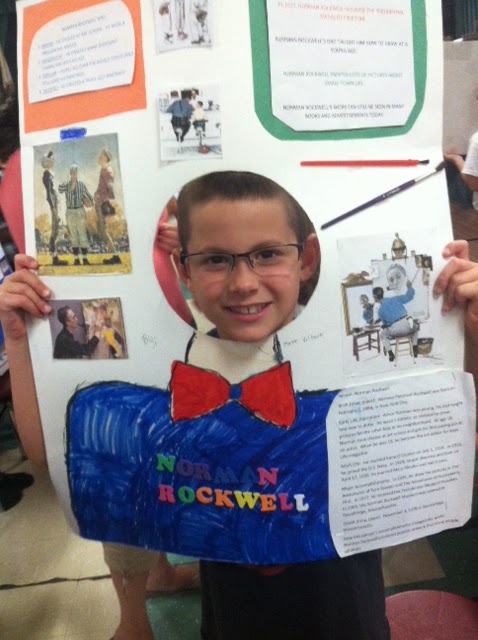 We decided that he would have a fake pipe (that I ordered from an independent seller on Amazon that never came - epic fail) and fake glasses.  However, the cheapo Harry Potter glasses that I also ordered broke instantly.  Another epic fail.  Our only option was to have Baby wear his dad's old prescription glasses.  Which was fine, but he was strictly warned to ONLY wear them for the showing of the project.  As a child who is prone to migraines, I didn't want him getting a doozy of one from wearing glasses that totally would not match his eyesight.

I'm pretty sure you can guess how the rest of this story goes, right?

Towards the end of the school day, I started getting text messages:

"I asked him if he needed them for reading or distance and he told me both."

Yup, he wore those OLD PRESCRIPTION GLASSES ALL DAY IN SCHOOL.  And snowed everyone. So when I indicated that Sir Baby was a LIAR LIAR PANTS ON FIRE:

"I can't stop laughing about it.  I totally fell for it.  I kept telling him he needed to keep them on to get used to it."

Needless to say, that night we had to have a talk with the young lad.  A chat about the difference between something you WANT to be true and what is the ACTUAL TRUTH.

I mean, Baby has wanted glasses FOR - EV - ER.  He tries them on at stores everywhere.  He wears fake ones with no lenses and pretends they're real.  He YEARNS for corrective lenses like I yearn for new purses and shoes. 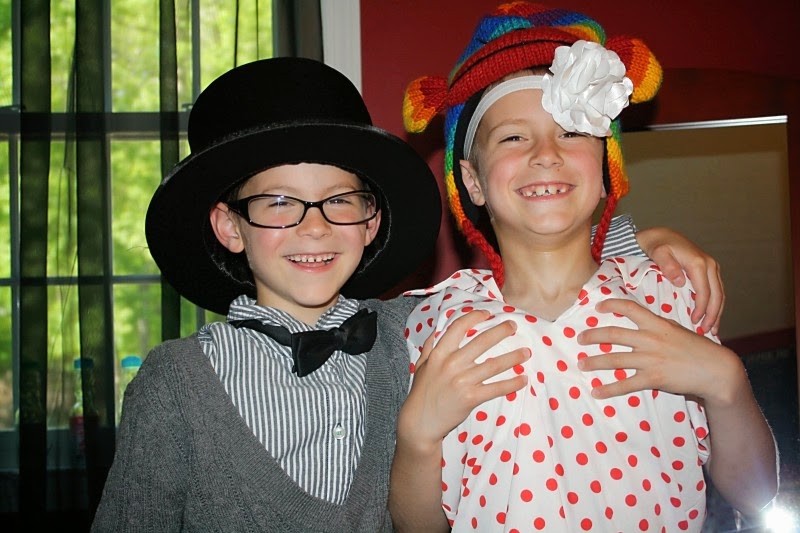 Apparently he figured that this was his big chance.

The kicker?  He wore those glasses all damn day and didn't get a headache!  I couldn't believe it.  Which led us to think hmmmm....maybe he really does need glasses?

Needless to say, we haven't taken him to the eyedoctor yet because chance are?  He will totally miss ALL those letters on the board ON PURPOSE in the hopes of FINALLY getting REAL GLASSES.