Spectating the Boston Marathon and Witnessing #BostonStrong in Action

Many, many moons ago in the year 2000 when we were young, wild and free, Hubby and I watched the Boston Marathon in Hopkinton at the starting line.  It was amazing.  Back then, I wasn't even a runner. (Not that I'm a superstah runner now.  I mean, I run.  Occasionally.)

And then babies came along.  Three.  And then full-time work again.  So I never had the chance to spectate another marathon until now.

This year was so important.  So meaningful.  So inspiring.  We all wanted to be there to experience it.

It just so happens that my Sis now lives directly on Mile 14 of the marathon route. 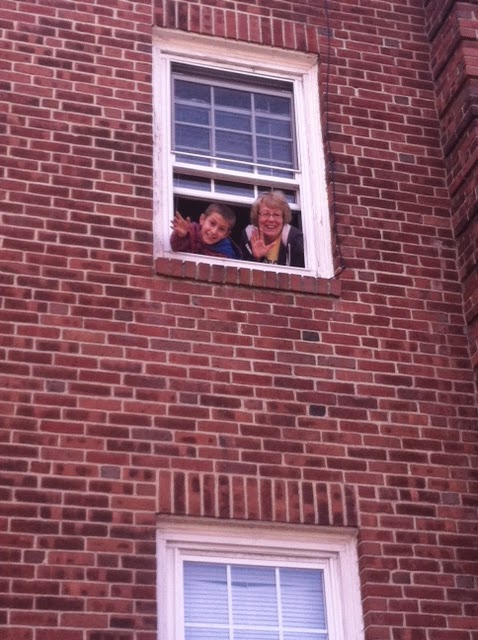 So we ventured to Wellesley to spectate.

We had watched a few news specials with the boyz beforehand, so they grasped the significance. 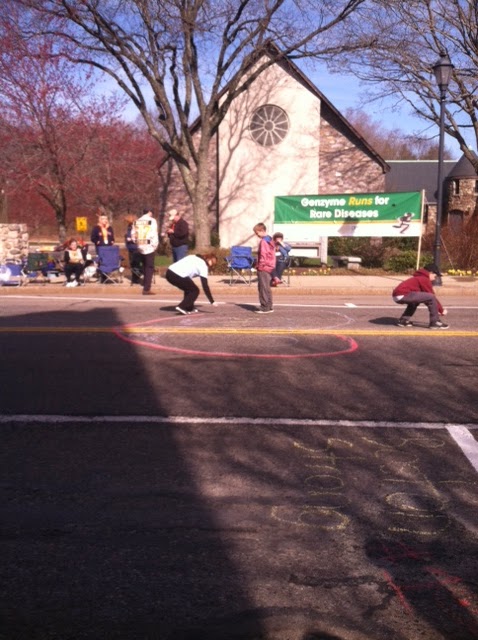 Once the road was closed, my Sis set out with the boys to create some sidewalk chalk inspiration for the runners. 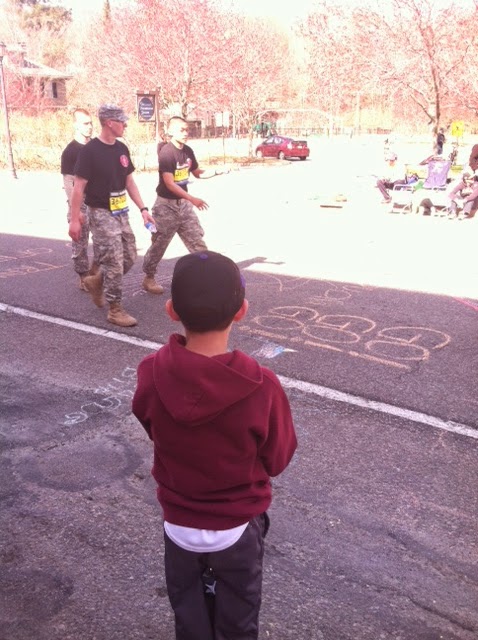 Members of the National Guard were on the course ahead of the runners.  There were uniformed military police, dogs, motorcycle police, bike police and undercover security everywhere you looked on every single corner.  It felt VERY safe and calm.

Helicopters patrolled the skies throughout the entire event. 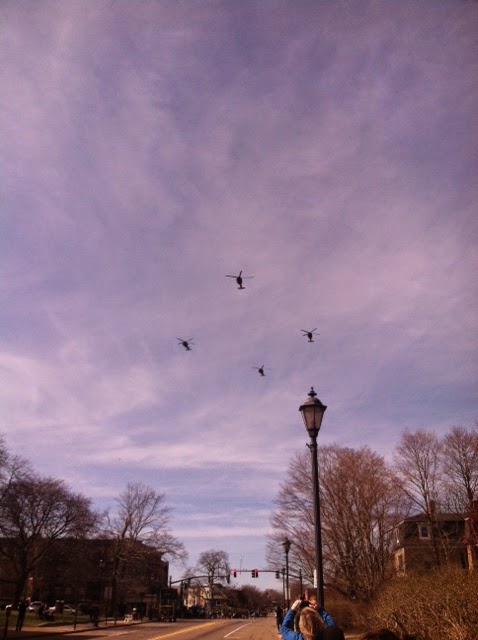 And once the race began, boy, it was NONSTOP marathoners for hours.  Literally, HOURS.  We cheered, we clapped, we gave out waters. 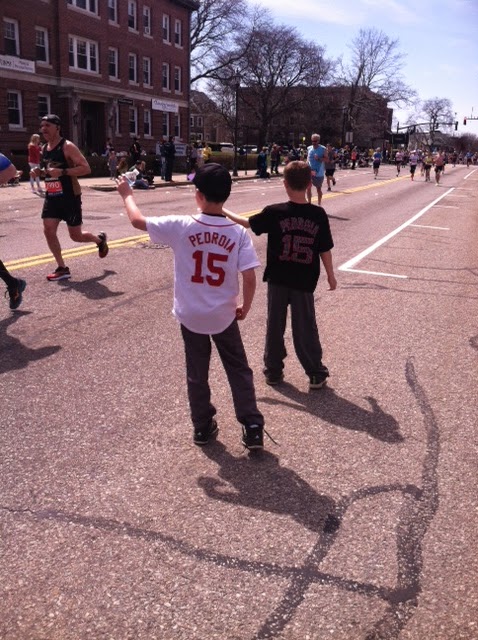 Well, some of us gave out waters. 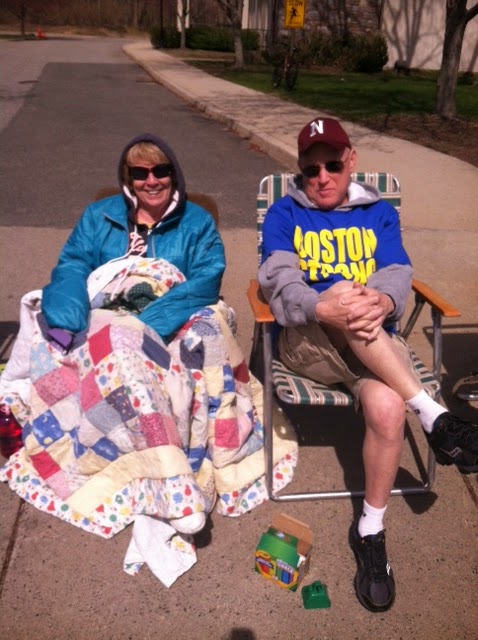 Marathoning is NO JOKE.  We saw more than a few bleeding nipples, you guys.  (On MEN, that is.)  But more importantly, we saw smiles.  We saw courage.  We saw BOSTON STRONG. 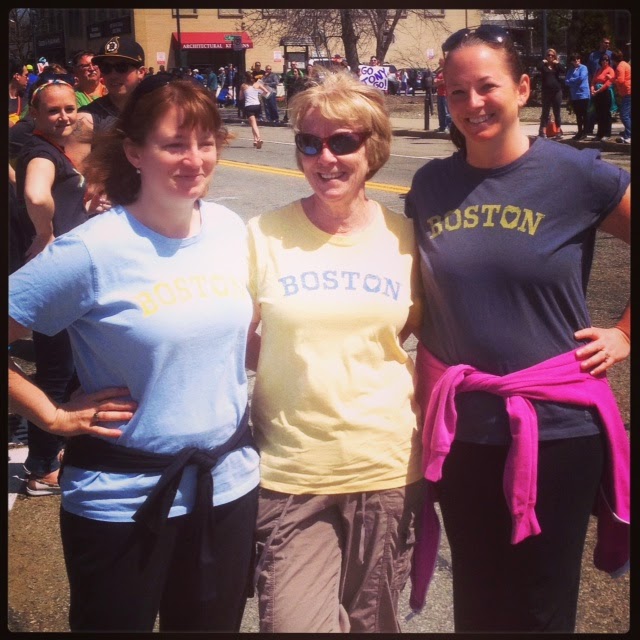 And it was absolutely amazing.

My life goal is to run a marathon.  And someday I shall.
Posted by Sarahviz at Wednesday, April 23, 2014