Breaking Our Own Parenting Rule

In our Trenches, we've abided by a hard and fast rule when it comes to our 3 boyz playing sports:

One sport per child per season.

We instilled this rule for self preservation.  With 3, there's a LOT of schlepping and running around to practices and games and tournaments.  And nevermind the gear that's required each season. 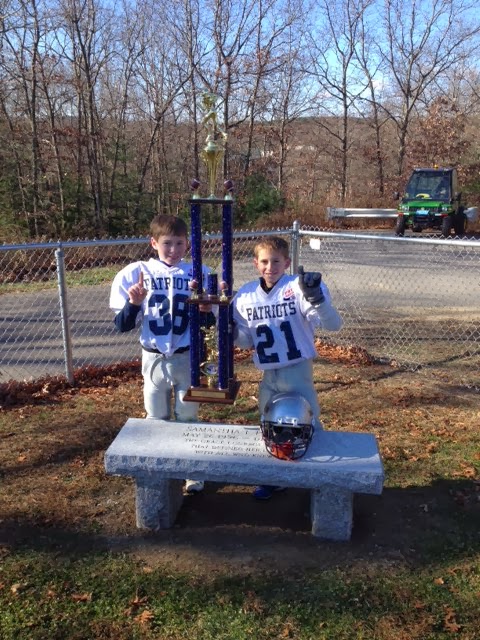 Last spring, Eldest and Middle played baseball while Baby chose to play lacrosse for the first time.  It was actually exciting to watch one of our children play a new sport.  And even better that it's a sport that Hubby has absolutely no experience with, so he can't really coach it.  Bonus! 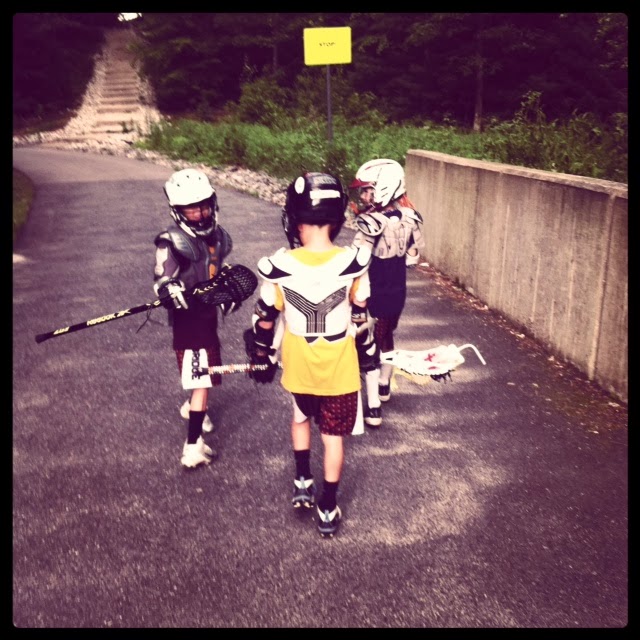 So THIS spring, we figured it would be the status quo:  that Eldest and Middle would play baseball and Baby would play lacrosse (a sport, by the way, that is MUCH more suited to his personality.  There's constant action and running and hello, HITTING WITH STICKS.  What more could an 8 year old boy ask for?)

But no.  Baby asked to play baseball.  This year he was eligible to try out as an 8 year old to move up from the lower league AA (where they each run one base at a time and every player bats every inning...zzzzzzzzzz...ever watch paint dry?) to the "exciting" AAA which is kid-pitch and REAL BASEBALL.  Plus, Hubby helps coach Middle's AAA team.  So both Middle and Baby are on the same team.

Except what about lacrosse?  The sport that Baby loves.  (And that his parents love watching him play.)  (And a sport that we've spent a fair amount of money on equipment and gear and hideously loud and cheesy lacrosse shorts.) He was willing to give it all up to play baseball on his brother's team and be coached by his father.  How cute and innocent is that?

So we broke our own parenting rule.  We are letting him play BOTH lacrosse AND baseball.  Just this once.  Just for this spring.  And after that?  He has to choose.

We realize, of course, that this will probably come back to bite us in the ass.  What if Baby ends up making All-Stars, as both his brothers have consistently done?  That would (most likely) mean three boys, on three separate teams (9U, 10U and 12U All-Stars), with three separate schedules, while Hubby is (most likely) coaching Eldest's team for the 4th consecutive year.  Allllllllll summer long.

Imma gonna need a clone.  Or a sister wife.