Disclaimer - this isn't going to be a Pinterest-worthy post full of beautiful pictures and creative ideas and happy smiling posed people and unrealistic crafty ideas.  Nope.  You won't find that here.  I always start out with the best of intentions though.  I wish I had that craftiness and artfulness in me, but it just ain't so.  So instead, what you're gonna get is the bare bones, realistic gist of how my friend Shelly and I pulled off a joint 12th birthday bash for both our sons.  And a ton of boys.

First, our sons were born 10 days apart.  They play the same sports and have the same friends and we live right down the road from each other.  When we were talking about their upcoming birthdays, it just made sense to try to do something together instead of negotiating weekend days to try to schedule birthday parties.  (Realistically though?  I probably wouldn't have done much for Eldest.  He may have gotten a sleepover and a trip to the movies or something.  So he actually lucked out with this.)

My friend Shelly's house has a huDge backyard.  It made sense to throw an outdoor party at her house.  (Score one for me!)  When we tried to pick a date, it just happened to work out that the party date would  fall exactly on Eldest's birthday.  (Score another one for me!)

The boys decided they wanted to do a wiffle ball party.  Hence, Shelly and I went with a baseball theme. 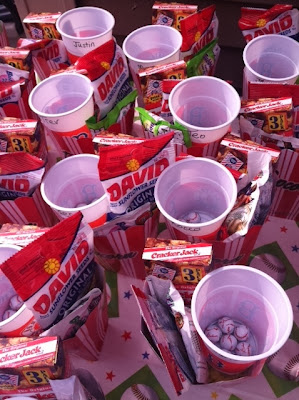 The boys started out playing flag football.  There were soooo many boys that instead of having just 2 teams, they organized teams of 4 and did a round-robin tournament. 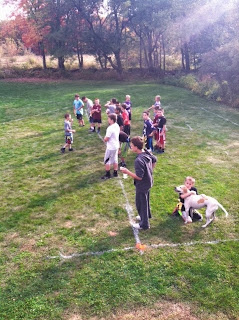 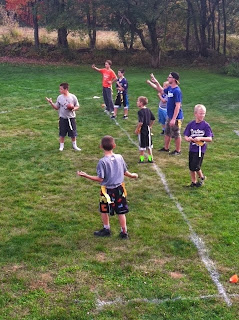 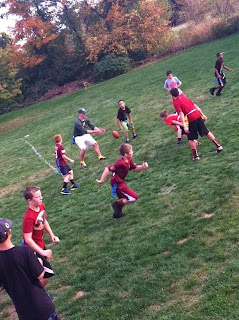 (I told you there were a LOT of boys.)

And OMG, it soooo helped that we had some Big Boys there to captain the teams and organize the kids and to break up any brawls. 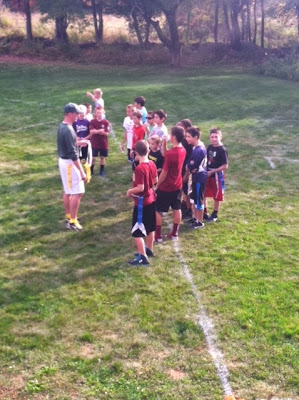 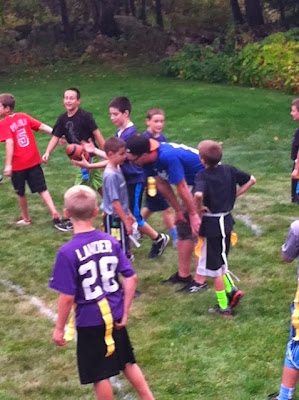 So all the adults had to do was watch from the back deck.  Perfect!

Lots of (non-fancy) appetizers and sheet pizzas were served.... 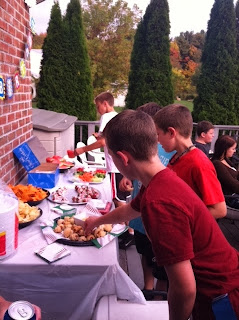 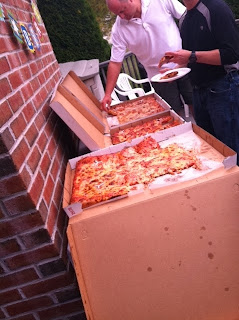 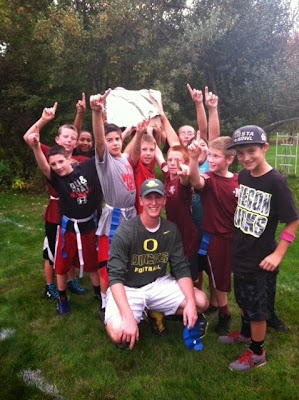 And then there were presents... 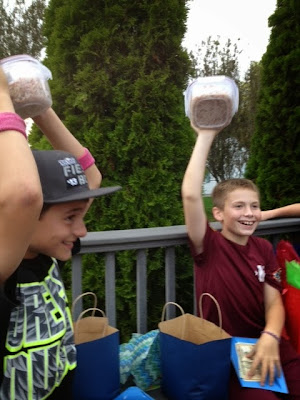 Homemade rice pilaf!  Yes, really.  Both boys LOVE my friend's pilaf.  They thought it was hilarious. 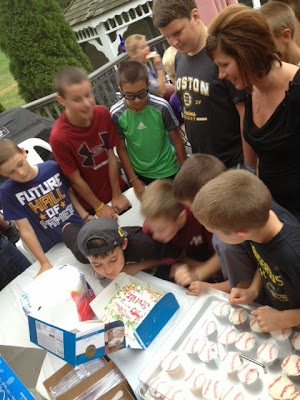 How cute. My little guy is only 3 so this may not work yet, but I'll keep the idea in my back pocket. Of course his birthday is in February so the weather might not cooperate. Well if you are feeling a little overwhelmed by all the boys and need a little girly shopping check out my website at www.thedapperdarling.com. Everything is currently 50% off.