Wanna guess where I have spent most of my summer vacation? 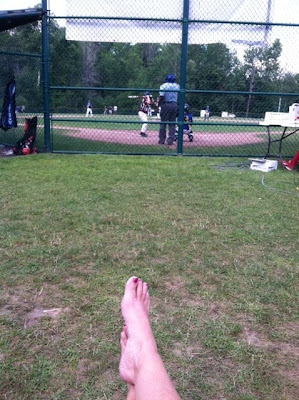 At the same time while his brother was playing and his father was coaching, Middle was making his own strides as the next baseball player in the family.  As the youngest kid chosen as a coach's pick to the U9 All-Star team (we honestly didn't even have it on our radar that he would perhaps even make the team) (bad parents), Middle surprised us all with his tenacity and his love for the game. 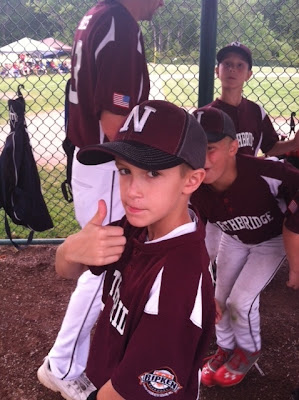 Since Hubby and Eldest were always at their own games, I spent most of my summer cheering for Middle and his team at tournaments (they went 5-0 and won their very first tournament!), Districts (came in third out of six), and then at the Western Mass State tournament, which happened to be pretty far away in the Berkshires.  So we spent an entire weekend there.  Can I just tell you that I LOVE spending time with my Middle child?  Honestly, maybe even a little bit more so than the other two, because he is just so easy and laid-back and not demanding...

So it was a mother/son weekend away with his team.  And they did awesome!  Middle played the best baseball of his little life, so much so that I actually got a little sad that the rest of our family and the grandparents didn't get to experience the joy that I did while watching him.  But such is the fate of the middle child, right?  *sigh*

He pitched (in the bottom of the sixth inning and got 3 straight outs to win the game!): 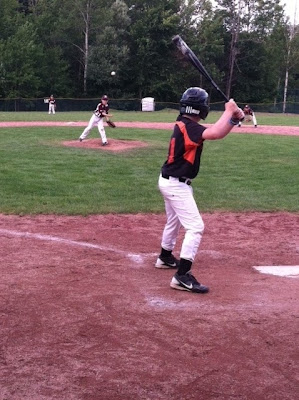 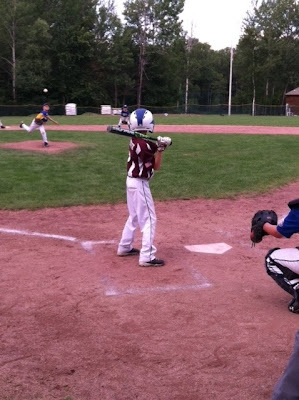 And you guys, he made spectacular catches in centerfield: 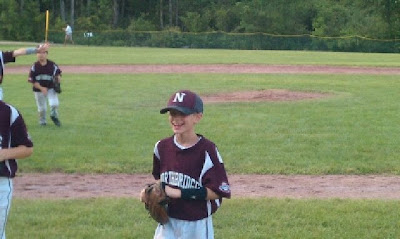 This was his little face after an inning where he had made a DIVING CATCH.

So the team ended up in the FINALS (just like his big brother's team) of the State tournament.  They played their hearts out, but came up short, losing a heartbreaking 2-0.

And just like that, baseball season was over for Middle.

To make matters worse, we then had a 2 hour ride home, with him knowing that his father and brother's team had just won the State tournament that very same night.

By the time we got home, he was dejected, but okay. 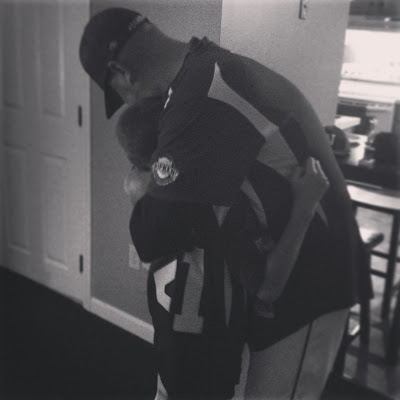 And I couldn't resist taking a picture that very night of all four of my baseball boys in their uniforms at the same time (Baby is co-batboy for Eldest's team), for the very last time this season... 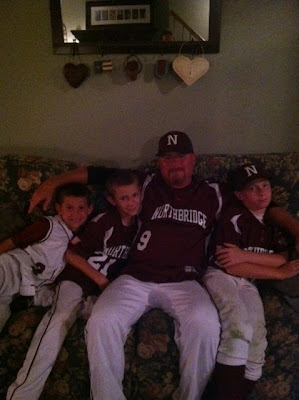 Okay, so I am obviously a bit emotional but I may have cried after seeing the picture of Middle getting a hug from his dad. How great that you were there to witness his all-star plays! Motherhood is just not for the weak.