I hate that it's easier to not blog than to find the time to blog.  But such is life these days.

Methinks bullet points are gonna be the easiest way to spew out all this schtuff:

*  Hubby is recuperating mightily from his neck surgery.  He has much better range of motion in his neck and his arms aren't going numb...as much.  It's concerning to his surgeon that his arms still go numb though, so we're wary of that.

*  Baby was sick most of last week with a high fever virus that started mysteriously on Sunday and ended just as abruptly on Wednesday.  No one else has caught it yet *knocking furiously on wood but knowing better because OF COURSE someone else will catch it* 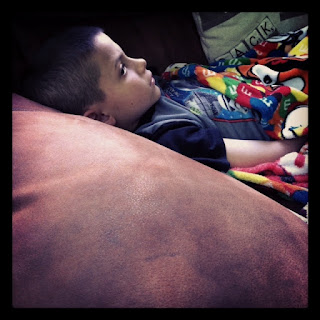 *  We were allllllll supposed to head to NY for my cousin's wedding this past weekend.  Baseball interfered (yet again), so Middle and Hubby were left behind (and my Sis and Niece also couldn't attend).  It was awesome to finally meet my brother's new wife and son, and for the boyz to catch up with their uncle and new aunt and cousin. 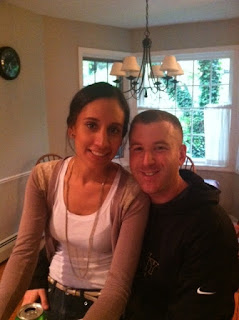 He heads back to Afghanistan in August.  Yuck. 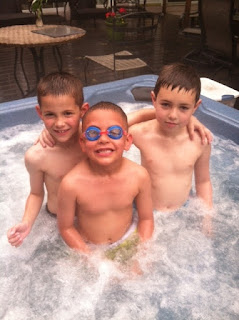 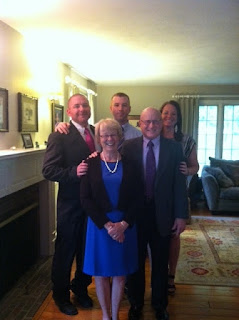 The fam, minus Sis, who was sorely missed

*  Sports:  So Eldest is done with town ball.  But he made All-Stars for the U11 team, which Hubby will coach yet again, after winning the State Championship for the U9 and U10 team.  Here's to a three-peat.  *sigh*

Middle's town team hasn't yet been eliminated so he's still playing that.  PLUS he made the U9 All-Star team this year!  We were very excited for him, as it's a big accomplishment.  BUT...that means that yes, we will have TWO All-Stars this summer.  On TWO separate teams.  Going in TWO separate directions.  Does the fun *ever* stop?!

[The novelty has worn off of baseball.  I have absolutely ZERO pics of either boy playing so far this season.  Ooops.]

Baby is just finishing up his first year of lacrosse, which he has loved!  And we have totally enjoyed watching this new sport.  (Oh, don't get me wrong though.  I went to Hobart and was a total lacrosse fangirl.  So it's only "new" to me in that now I have a child playing.) 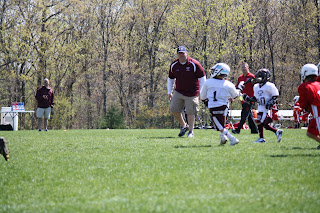