The very first time I met him, he was the 9th wheel of a group of 4 couples having dinner.  I was on a date with someone else.

The second time I bumped into him, in a downtown Charlotte, NC bar, about a month later, we recognized each other and chatted.  Again, I was on a date with someone else (the same guy as above).

There was definitely a connection between us.  He seemed like my "type".  I definitely had a type: sports-loving, athletic, sense of humor and quick wit.  (And yes, good-looking goes without saying, obvs.)  (Because he is reading this right now and wondering why I didn't list that.)  (After 14 years, I totally know what he's going to comment on before he even says it.)

My friend Christy made it happen.  She let him know that I was interested.

He called me at work and asked me if I liked hockey.  I said no.  Nonplussed, he asked me to go with him to a Bruins exhibition game that was being played in Charlotte.  I said yes.

And then a year later, I said yes again...and we were married 8 months after that. 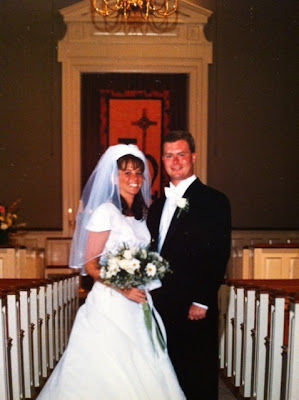 Despite what our 7 year old thinks. 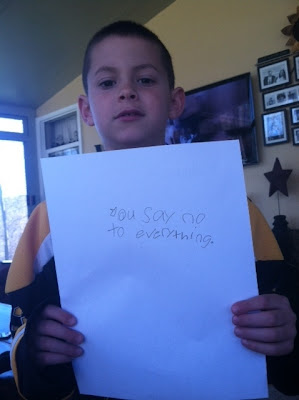 So Happy 14 Year Anniversary, Hubby.  Here's to at least quadrupling that number.  (What comes after quadruple?  Ok, then that.) 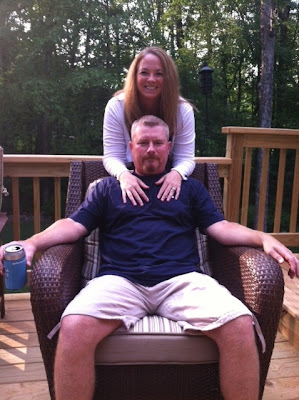