For Christmas, Middle's self-proclaimed bestest gift was a pair of tickets to see his idol, Blake Griffin, when the L.A. Clippers came to town to play the Boston Celtics.

The game was this past weekend.

Due to sickness and other basketball goings on (Eldest), it ended up that *I* was able to accompany Middle to the game, instead of Hubby (who stayed home with an eye infection, a bottle of wine, and a feverish Baby). 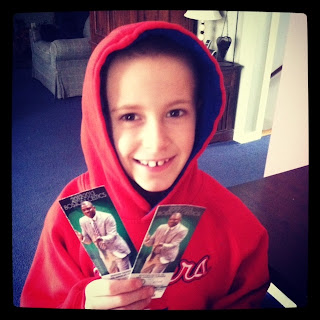 I can't even tell you how excited Middle was for this game.

He is the most LOW MAINTENANCE child on the planet.  Doesn't beg.  Doesn't whine.  Doesn't ask for things when we're out.  Totally easygoing and just takes it all in.  It's such a pleasure to take him places compared to his two brothers. 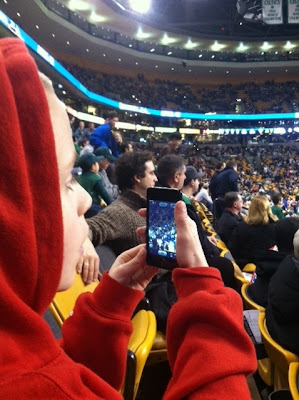 I loved seeing the game through his 8-year old eyes.  I loved how he noticed every detail of his idol, Blake Griffin.  I loved how he took the good-natured ribbing of the fans around us about his Clippers sweatshirt and jersey.

I loved his determination.  His goal, right from the get-go, was to get a high-five from his idol.  He was going to make it happen. 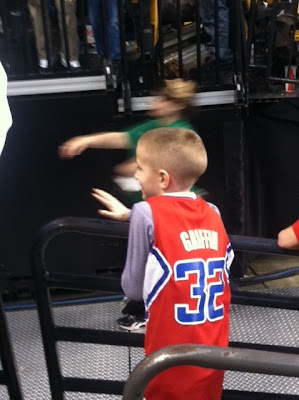 We made our way over to the visitor's tunnel just before the end of halftime.  As the players came out to start the second half, he got a few fist bumps from some of the Clippers players.  But alas, Blake Griffin was nowhere to be found.  Eventually we were told to clear the aisle.  And wouldn't you know it - that's the exact moment that Griffin came bounding out.  Middle had missed him.

Not to be deterred, however, he insisted that our plan was going to be to head back over to that tunnel when there was 3 MINUTES LEFT IN THE GAME, MOM.  OK?

So that's what we did.

The end of the game was actually pretty exciting.  All the fans were on their feet. 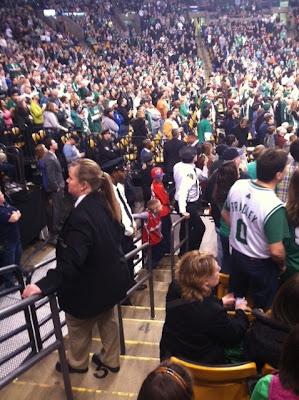 I stood up a little ways while Middle, with the help of a really nice security guard, got prime positioning for his coveted high-five. 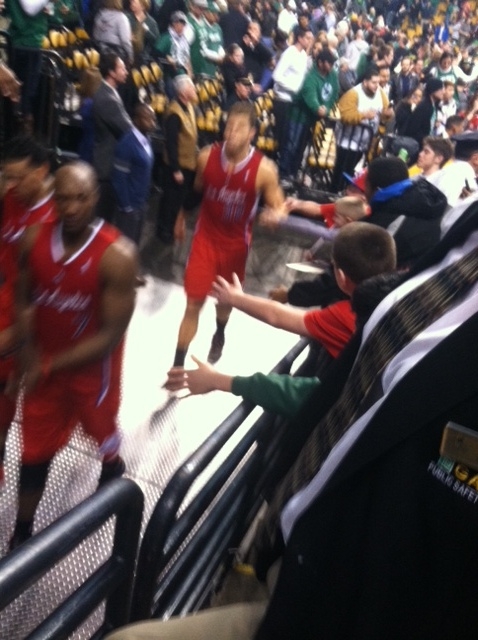