The Boys of Fall (and Summer and Winter)

It's been a long-ass football season.

Starting August 1, the three boyz (and Hubby, who coaches Middle's team) (and me, because I'm the Treasurer) are FULLY IMMERSED in Pop Warner football.

It's hot.  It's tiring.  It's buggy.  Practices are every.single.night.  Parents sitting on the sidelines, sweating.

And then September rolls around.  School starts.  And practices dwindle, but not much...to 3 days a week, with games on either Saturday or Sunday.

And then October rolls around.  School is in full swing.  Practices are still 3 days a week.  Games are still going on.

The weather turns a bit chilly at those nighttime practices.  The kids are exhausted from balancing school, homework and football.  It's no longer buggy out because it's too cold.

We turn the clocks back.

And then all of a sudden it's November.  School, homework, tests, report cards and yet, there's still football.  Nighttime practices under the lights.  Parents sitting on the sidelines, bundled in blankets, sipping coffee, their breaths puffs of smoke in the frigid air.

Playoff season begins for the older boys.  Bowl games are played for the younger boys.

November 18 comes.  The very.final.game. of the long-ass football season. 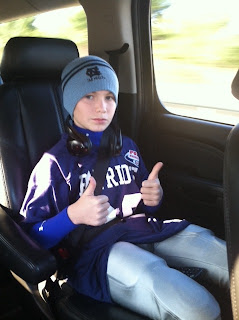 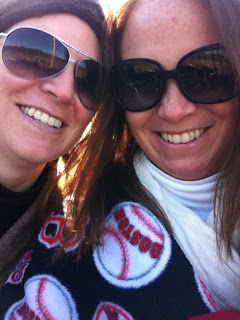 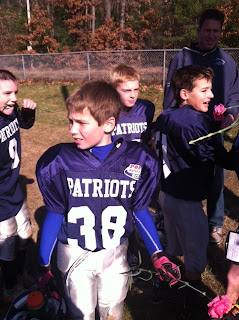 The players each give the cheerleaders a flower.

And the Final Game is played, 110 days after the start of the long-ass football season.

And the team WINS the Superbowl! 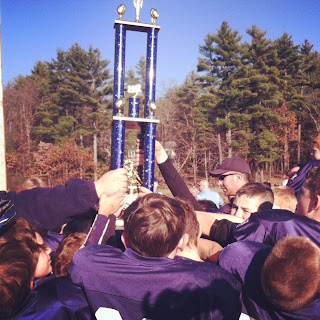 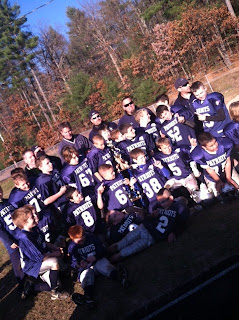 The End (of the long-ass football season).

you are mom of the year.

You're making me very happy that football isn't a "thing" up in Canada. ;)