Sick and Tired Of It

With three school-aged boyz, I'm sure you imagine my Trenches to be peaceful, quiet and serene, right? 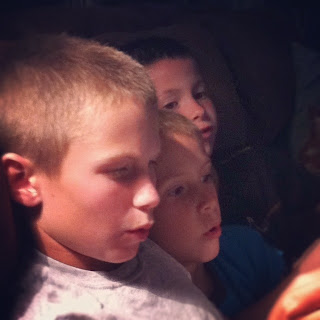 In all actuality, though, it never was all THAT bad.  At least, it used to not be.  We are fairly strict with routine and homework and meals and bedtimes.

Yet even still, things are getting a bit out of control, and this Momma is about to lose her marbles.  Especially because the behavior instantly turns worse the moment (1) I walk in the door from work or (2) Hubby isn't around and I'm left on my own versus 3 wild monkeys.

Guys, no hitting.
Stop!  No hitting!
I SAID NO HITTING!  SEPARATE AND GO TO YOUR ROOMS! 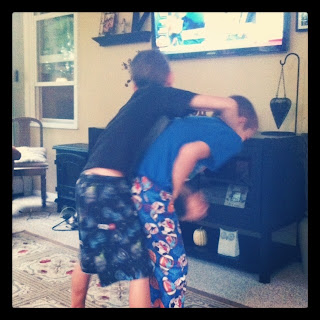 They honestly can't keep their hands off each other.  I blame tackle football.

All 3 of you need to go up and brush your teeth right now.
But why?
Because I want you to do it now during a commercial.  You take too long before bedtime and drag it out.
No we don't.  Can't we go later?
DO IT NOW BECAUSE I SAID SO AND I'M THE MOTHER!  NOW!

Drink your milk.
I don't like milk.
I'm full.
Can I have it with my dessert?
You guys, it's the same thing every night.  Every night you have to drink your milk.  Why are you arguing with me?

Lately, all this has come to a head. A big ugly angry head, like a zit about to burst. (Heh.) The past two days in the Trenches have been dreadful.  I feel like I'm screaming and yelling and punishing and ineffectively parenting all.the.damn.time.

This morning I called Hubby in a tearful rage (after pulling Middle and Baby apart from each other because they were fighting over the iPad) (one of about six incidents all before 7:30am) and informed him that tonight we are having a Family Meeting.  I'm going in guns blazing.

There will be NO MORE of the behavior that is making me shriek at them like a crazy woman while they just slooooowly get up and do what I've asked them to do (umpteen times already) while rolling their eyes and muttering at me under their breath.

Hey, a Mom can dream, right?

But it's a start.  I am putting my foot down.  I am tired of living this way.

Please tell me I'm not the only one? 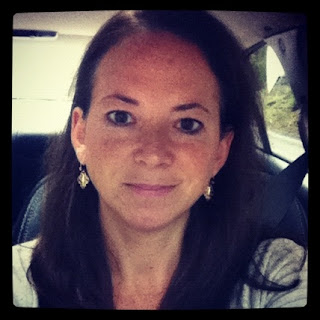 'Twas a tearful ride to work this morning.  Pass the Excedrin.

I could have written the same thing about my house of two boys and a baby girl. Well the boys anyway. Baby doesn't talk yet! I no longer respond to what they day if they say it with attitude. I'll repeat my request, but not respond to rudeness. It helped us.

I have ONE son. One. And I can't even imagine three of him. And like you, I love him and his adorable toes to pieces, but I'd be lying if I did not admit to wanting to sell him on Craigs List at least weekly. AT LEAST. I shriek like a howler monkey often and resort to screaming way more than should be necessary.

you are, by no means, alone.

Oh, I have these days too. Not quite the same since my girl is 5 and my boys are only 15 months, but sometimes the madness of my days makes me want to hide in the darkness of my closet. I can't wait for my boys to be at the hitting/tackling/talking back age. That will be FUN.

As the mother of three girls (10, 7, 4) I can assure you that this is not a boy-only phenomenon, and you are not the only mother to get frustrated by it.

Hugs, Sarah. I don't have the three boys, but the three kids thing can get ugly here too. For me, the hitting makes me bananas. And I don't even let them watch tv most nights b/c A) I am mean; B) they make SUCH a scene at 9pm when I make them turn it off; it's ALWAYS drama so no TV most nights.

I started a "10 nice things" ritual (wrote about it recently) that would probably make your boys gag from the "niceness" of it, but you could threaten them with it! Good luck!

Please let us all know what you try and how it works. I had the same day today. How can they have me shrieking at them that I have had enough within 5 mins of picking them up.

Mine use to put the ceral boxes in front of them so they would not see each other. I learned one thing it does no good to yell this is what they want to get attention. One time we went to the er threeweeks in a row for one child. The good old days,

I have two boys and we have the same exact issues. They can be so sweet one minute and the next make me want to strangle them! Let us know how the meeting goes...any tips you can share would be great.

Hi,
My wife Julie is the mother of 3 teen boys!
Will you please post a link to your important Blog at The Motherhood Community at vorts? Our members will really appreciate it.
Members include: Mothers, Mommies and Motherhood Experts.
It's easy to do, just cut and paste the link and it automatically links back to your website. You can also add Articles, News, Photos, and Videos if you like.
Email me if you need any help or would like me to do it for you. I hope you consider sharing with us.
Please feel free to share as often and as much as you like.
The Motherhood Community: http://www.vorts.com/motherhood/
Thanks,
James Kaufman, Editor

In a way I really really like this post. Only because I can totally relate to every thing you wrote. My boys are 7,5,1 and the oldest two are just like you described in your post.

Thank you for writing this. And I don't think it has anything to do with gender. My oldest is a boy (7), middle girl (4), and youngest girl (2). And while they are a lot younger, we have the same issues. I ask them at least once a day why I have to yell to get anything done. The wrestle and fight relentlessly, and drive me batty. Every single thing in this post I feel like I could have written!

Thank You so much we have 3 girls and were having the same issue it’s not just boys.