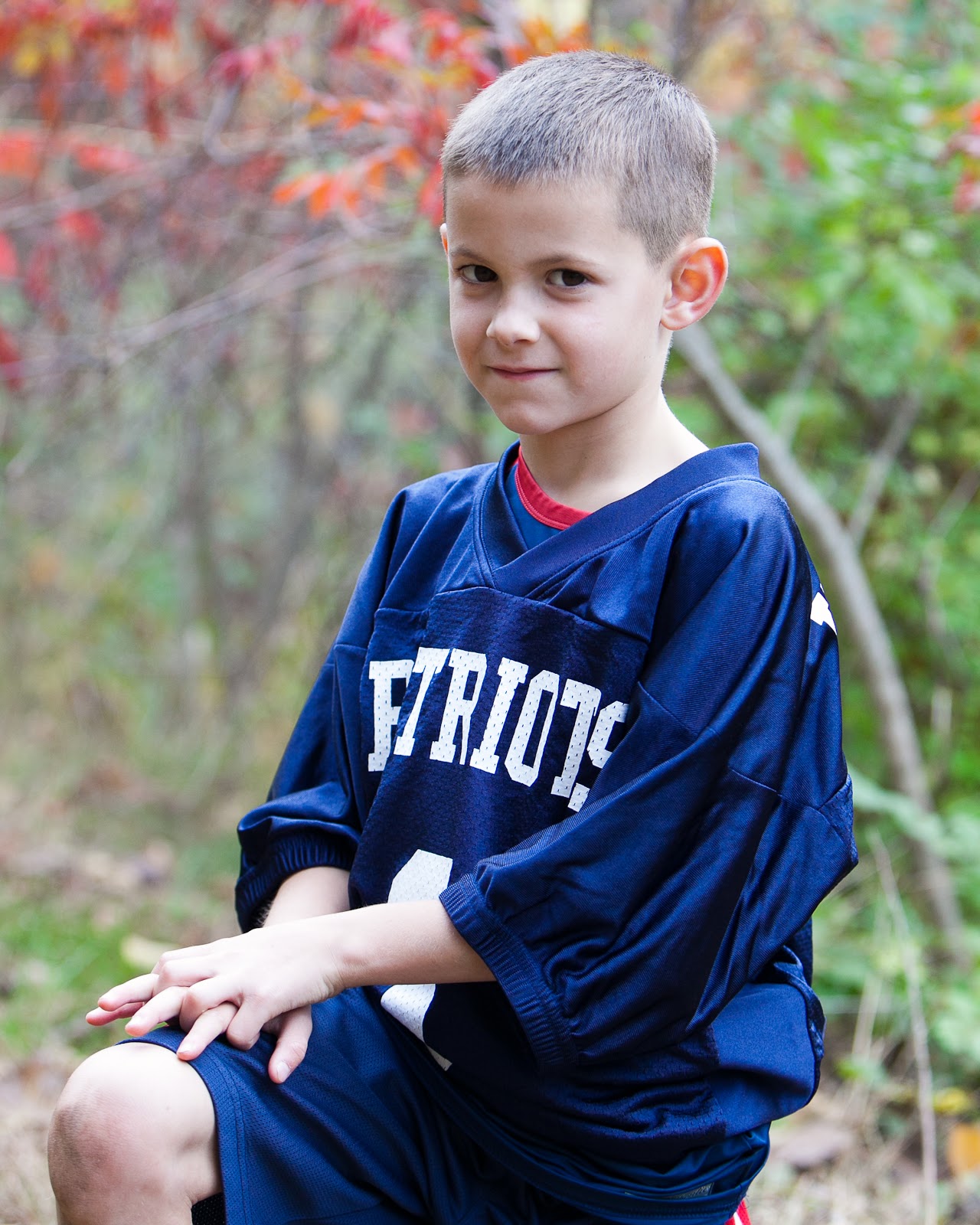 Can you please just wookatdatface?  *said in high-pitched-with-scrunched-up-nose Mom voice*

[Out of all the pictures my friend Jodie took of the boyz, this one utterly captures Baby's essence.]

You guys, he's killing me.  Killing us.  Both Hubby and I.

Where Eldest and Middle are (mostly) Rule-Followers, (mostly) Obedient, (mostly) Respectful and (mostly) Deferential to Authority, this one, this 7-year old of ours, (mostly) is not.

He spends a few days here and there not grounded, only to make a "bad choice" to end up grounded from all electronics for yet another week.

He's fresh.  He's mouthy.  He's impulsive.  His automatic response is to tell a lie instead of the truth.  He hates reading.  He hates homework.  He hates sitting still, basically.

He certainly doesn't do many things that are age-appropriate.  With 2 older brothers, I think that's pretty much par for the course, but I wonder how he would be different if he were the oldest of 3, instead of the youngest.

Because sometimes we forget that he's only seven.

He makes mistakes, yet is instantly sorry.  With big crocodile tears coursing down his cheeks.

When he cries, he cries like his little heart is breaking.

When he hugs, he hugs with his whole body.

When he laughs, it's completely heartfelt.

he is so cute! I have a 7 year old just like him and he's the youngest too!

But he's such a cutie!

I have a very similar boy who is going on 4. Thank goodness he is cute as all get out or I'd have sold him on Craigslist already. Promise.

how is your baby seven??