(First off, Hubby's shoulder surgery went smoothly.  He's still in a bit of pain and isn't back at work yet.  Since it was on his right shoulder and he still doesn't have range of motion in his right arm, doing everything with just his left hand has been a pain.  Especially, he says, wiping his butt.)

Now, on to some fun stuff!  Just a few things I'm digging:

1.  My Kindle Fire (that I won from One2One Network at Blissdom)! I was adamantly a REAL BOOK sort of gal and told anyone who asked that I could neverever read a book electronically...oh, the horror!  And so, when I won the Kindle Fire, my 6 year old immediately took it over and claimed it as *his*.  (Eldest has an iTouch and Middle constantly hogs the family iPad.)  But then, I wanted to re-read The Hunger Games before I saw the movie.  And couldn't find my paperback.  So with the touch of a button (and for free!), I was able to download it onto the KF.  And from that point on, I've been HOOKED.  Reading in bed is so much easier! I don't even have to keep the light on!  I can prop it up on my knees! 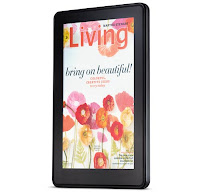 2.  Running.  Yes, really.  Again.  I have SUCH a love/hate relationship with this activity.  But ever since BlissDom, when I roomed with Jennifer, who is training for a half marathon and who couldn't understand my obsession with running back when we roomed together in 2011 but who totally has been BITTEN by the running bug and there I was all gung-ho back in 2011 but then now in 2012 I was like a bump on a log while she was out doing 8 mile training runs...ANYWAY...I became re-motivated to get off my tush.  I saw the sparkle in her eye and her energy for the sport was pretty much contagious.  I knew I had to do.something.
Which leads me to #3.

3.  The Couch to Half Marathon iPhone app.  I knew I didn't want to start out too easy because I could run for 30 minutes (approximately 3 miles) from the get-go. So I love that "Trainer Trish" has created this 12-week program for those of us who aren't beginner runners, but who also, more importantly, are not really in any sort of shape to go out and run 13.1 miles right away.  Having a weekly training schedule is exactly what I need.  I post it on the fridge and can cross out each workout.  The boyz also keep me accountable.  I come downstairs in the morning and Eldest usually announces, "So you have to run 3 miles today, you know that?"  Thanks buddy.

4.  Topricin.  Holy hurty legs!  At this point in my running (beginning of Week 4), it's not so much my endurance that is suffering.  It's my frigging sore leg muscles!  A while back, I was sent this product to try out.  And never really had the opportunity to use it.  (What with being a couch potato and all...)  I swear, it's kinda magic.  I'm not sure if it's in my head or what, but I slather the cream on my legs before bed (bonus: no heavy Ben Gay odor) and in the morning, and my muscles feel so.much.better.  I need to get more. 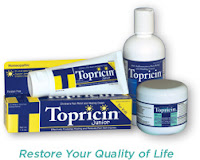 5.  My new iPhone case.  Man, I loved the 80's.  Remember cassette tapes and trying to record songs off the radio?  And getting pissed when the DJ would talk before the song was over?

6.  The Fifty Shades of Grey book series.  Have you heard the buzz?  Even better, have you read it yet?  I finished the first one and still  need to download the second on my handy dandy Kindle.  But this first one left me very, uh, unsatisfied.  I need to know more of the story!  Like why is Christian the way he is?  Why did Ana not care that he followed her all the way to Georgia?  Creepy much?  Well, we already knew that though, right?

So what are YOU digging this spring?  Do tell!
Posted by Sarahviz at Monday, April 02, 2012

Wait you mean the first book is totally going to leave me hanging. Ugh!

Now I will share with you my favorite quote from the book so far. Well it is not really a quote because I am too lazy to go get my kindle, but as close as I can remember.

Ana gets her first glimpse of Grey's rather megasized manhood and makes a very concerned face.
Grey's response: "Don't worry you will expand."

The book is too much.

I've read all three. As soon as I finished one I went and downloaded another. I did nothing else but keep my kids (mostly) clothed and fed until I was finished.

I loved the iPhone case so much I bought one. $2.20 on Amazon w/ free shipping, cheapest thing I have ever purchased on Amazon. My brother's suggestion, write mix tape in the description ;)
Ahh, the 80's.
Jenn