A Beginner's Guide to Running - Safety

This weekend, I realized that I haven't written much about running lately.  Mainly because it was TOO FRIGGING COLD HERE to actually, you know, run.

(I am an outdoor runner.  No treadmill for me, thankyouverymuch.  HATE.)

But then March came along, and it was time.  Time to get back out there and brave the elements.

Kristy and I meet most every Wednesday and Thursday morning at the ass crack o' dawn to run.  5am, baby.

And yes, it's still pitch dark out.

So I actually wear a running headlight.  Kristy carries hers. 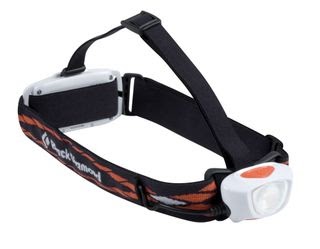 And yes, it makes me look like I should be out spelunking instead.

The last time we drove home to my parents' house in upstate NY, Hubby had stopped at an Ocean State Job Lot store (kinda like a scuzzier Wal-mart with more junk) and bought the boyz headlights so that they could read their books in the dark.  I think they were less than $5 apiece.  So that's what we use.

Another safety idea for morning/night running is to wear a reflective vest or belt.

(Neither of us do that, but I normally try to wear a light-colored sweatshirt.)

Kristy and I joke that we are prime candidates for a horror movie scenario.

I mean, it's pitch dark, 5am, and we are running on a quiet country road.

I have a good friend whose husband is a state trooper.  Do you know what you are supposed to do if you are being attacked/kidnapped?

I also have a plan that if someone tries to grab me, I would instantly unvelcro my watch.  You know, to leave as a clue.

And when Kristy and I are running, because it's so damn early and we need to make the time pass, we make up these crazy "What If" scenarios.  So, the plan is, if someone creepy stops us, I'm to go right for the gonads while Kristy will either gouge an eyeball or bite.  (She's WAY more tougher.)

All while we're spitting, of course.

What do you do to stay safe while jogging?
Posted by Sarahviz at Monday, April 04, 2011

Picturing that scenario just made me laugh out loud! I know it's not really funny, the idea of being attacked, maybe I'm sick and twisted I don't know, but I really did laugh out loud picturing you spitting all over the ground, flinging you watch off, and going at the groin!!

So now IF I start running with you guys (rethinking) and you are way ahead of me (because you will be), I just have to remember to spit and drop a clue? Cool, when is our first run? LOL! On second thought I feel safe with Kristy, She could definitely kick creepy guys butt!

This is awesome...this is exactly what I would do with my friend if we ran together...she runs, I cycle (inside). Not too much danger inside!

Thanks for the spitting tip too...it probably wouldn't make any dude want to have his way with me if I'm spitting all over him!

I used to wear a reflective vest when I ran in the early morning way back when.

Also, I think one of the best ways to safe? NOT run while wearing earphones. Makes sense though I know a lot of ppl NEED music to get through a long run.

At least if you run as a pair, that's good. Would be really hard to grab both of you wild women! ; )

When I run in the dark, I never have the same route. I figure mixing it up is good, and I stick to residential areas. I figure I can always run to house or be close enough so someone can hear me scream.

i learn something new every day.