Needing To Take a Deep Breath...Or Get a Clone 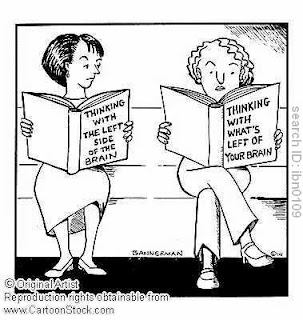 I need to get my shit together. Pronto.

Today was the first day, in over a year of being back to work full-time and commuting into Boston, that I missed the train.

I missed the train because I had to stop and get change for a $20 bill. To have $4 in singles to pay for parking. I meant to do this all day yesterday. But didn't. So I stopped at Dunkin Donuts for a vanilla chai. Which took longer than expected. (Doesn't it always?)

By the time I arrived at the train station, the train was already pulling in. I had no chance of running to make it. Besides, don't you hate it when you run and you get that muddy backsplash all up the back of your pantlegs? Me too.

Resigned, I got back in the car to drive into Boston. And realized that my gas tank was on empty. I've been meaning to stop for gas since Monday. But didn't. (Secretly though? Since I was gone all weekend, I was kinda sorta hoping that Hubby would fill it for me. No suck luck. He did wash it though. Inside and out.)

So my morning commute was one of fierce gripping of the steering wheel, glancing back and forth between the gas gauge and my dwindling "___ miles until empty" reading, hoping that I could make it to a rest area off the Mass Pike before running out of gas. I purposefully stayed in the right lane, not wanting my car to come to a complete stop in the middle of rush hour traffic. Because THAT would have been fun.

Normally, I pride myself on being organized. On being a multi-tasker. On keeping all the balls (heh, I said balls) in the air.

I have 3 boyz back in the Trenches eager for their Mommy time, collectively and individually; 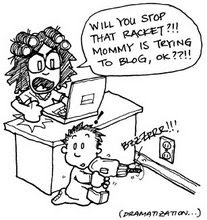 I'm trying to research and buy a laptop (did you comment and leave me a recommendation yet?);

I'm one of the 10 faculty members on the Fishful Thinking campaign. (Which? Despite what you *may* have heard? Is a WONDERFUL program that I'm eager to share my thoughts on with you. That is, when I get all my ducks fish in a row.);

I joined Twitter (no explanation for THAT needed, right? 2 words: TIME SUCK.);

I've taken the drastic measure of NOT watching ANTM this season, and I even stopped DVRing The Biggest Loser and 30 Rock. I'm 3 episodes behind on Lost, and 2 weeks behind on RHNYC. And I've given up on Jon & Kate Plus 8 (for those who know me, all this is huDge. I am a reality TV junkie. And am too tired to link to all those shows.);

I'm trying to host a Silpada party this month;

I haven't spoken with my mother in over a week (yes, I totally still need my Mommy); and

I want to meet up for drinks with these 2 lovely ladies.

Throw in a wedding shower to attend, a babysitter going out of town at the end of the month and you I have LOTS OF BALLS (in the air, that is. To juggle.)

It needs to stop.

The delusional side of me thinks that the new laptop I'm about to buy (that will be sprinkled with fairy dust containing time management skills) will solve allllll my problems:

That computer time will be on the train in the mornings and evenings;

That morning exercise will once again become routine;

That time spent with the boyz will be quality time (not frazzled Mommy barking orders and trying unsuccessfully to fulfill the needs of 3 children simultaneously);

That I will actually be able to sit and converse with Hubby in the evenings.

Yet the rational side of me knows that this will not be the case. That in order for the above to happen, that *I* need to figure out what's important. To shift my priorities. To get my shit together.

It would be so much easier if I could just be cloned.

I'm there with you. I'm soo busy right now. I can barely do it with one child. I don't know how you do it with three. My blog is feeling very neglected because of all of this too. good luck!

I'm in the same boat as you. I stopped TiVoing certain shows so I could get to bed early enough to work out. It has helped, but I'm still running around like a madwoman all the time.

Hope things get better for you soon!

I feel your pain...I think you should start with those drinks. Drinks with girlfriends always seem to help me!

I have a lot of balls too. Big ones.

And I DID run out of gas last week. Hubby had to rescue us 2 miles from the house.

Only good thing about that was I had a scrap of blog fodder!

You have totally put in to words why I should NOT be feeling that I am SO overwhelmed. I just have 1 child!! Girl, can I send you a bottle of my favorite wine? You deserve a drink!!!

And can I borrow one of your cartoons to put on my blog? It really sums up what I am feeling these days!!

You are a fantastic mom and gal! Sorry about the train! :>(

i seriously don't know how you do it all friend.

i am in awe of you every day. truly.

although i am sure this is not what you wanted to hear - maybe you were looking for some assvice - but i got none. u r awesome. the end.

And whenever I bitch about wanting to go back to work, I will think of this. Oh yes I will.

Oh, and the drink? Anytime, baby.

Jessica @ A Bushel and a Peck said...

I've had days--no, weeks--like this. They suck. Suckity suck suck. Eventually things seem to get better though, somehow. I hope it gets better for you, and if you get the time management pixie dust, please sprinkle a little my way.

I feel your pain too! I need "go go gadget" stuff!

Hope everything slows down a bit for ya.

Dude. Something has got to give. For me? It was the blogging. I still try to post once a week and I read when I can. It's good enough. It has to be.

I hope you find the balance that works for you.

This is when I stopped working (outside the home). And the thing that always falls off the radar is YOU.

As for the laptop, right now I'm sitting next to my husband on the couch, ignoring him, in favor of you. It lives on my kitchen table and I check it about every five minutes. The train plan is a good one, if you can stick to it.

I have this meltdown about once a week. I teach high school, so "work" never really ends when I get home. 2 little girls demand my attention when I am home, papers get graded after bedtime, TV? what's a TV? I haven't watched one in ages. My mom (a mother of 7!!) has given me great advice, though - she says to make sure you take care of yourself first and foremost, because if you are not your best, nothing else will be up to par either. She of course helps in this aspect by taking the kids off my hands every so often so that I can have "me" time - exercise, salon, grocery shopping, blog browsing, or other little tasks. Is your mom close? I know how hard it is to feel like you are 100% where you need to be, being the best you can, at all times. It's rough!

Moments like these completely scream for a computer "Shut Down" and a glass of red wine. (Of course I am typing this feeling equally overextended, so it's clearly a "Physician, Heal Thyself" piece of hypocritical advice!)

Breathe, and maybe consider a laptop like Marlynn's cute one from this weekend?

But look at you! You are doing it! *marvels*

You just read my mind.. we are so soul mates.

My Macbook Pro changed my life.

I'm now thoroughly exhausted just reading your post. I need a nap. AND I must go check my gas tank...

I can very much relate as I have 3 boys and work outside the home. This job is close to home and not stressful so that I was able for the first time to read blogs and start one. It has been a bad week with organization I think due to the time change. I hope I don't sound too "know it all", but I too have a husband who is home a lot (as a teacher he is with the boys in the afternoon and breaks, and summers)and a few years ago he was at home full time while I was the sole bread winner for the family of 5. I also know what it is like when you do have time off and the 3boys are squabbling. "Date time" with each of mine alone such as a two hour block to go to Chik-Fil-A works wonders. Also the occasional day when you have to go in late or come home early for some made up reason works wonders.... One thing I admire about you is that you still have real life girlfriend time and do trips with them. Sadly for me that is what I have sacrificed the past few years.

I think that only having missed the train once in a year is FABULOUS. Good luck with juggling all your balls.

PS. Your life will be MORE COMPLETE without Tyra in your life, I promise. ;)

yeah... I don't know how you are doing it all either! Since going back to work I've all but stopped blogging for me and miss it! The days, weeks, hours, months are all going by so fast. Makes me sad in a way. How can tomorrow be Friday again already?

The problem with juggling is it only takes one little distraction for a ball to drop. Sucks, doesn't it!

I'm with you and I empathize.

The laptop will help. (okay, truthfully, the only thing it did for me was INCREASE my computer/internet use, but it's so much fun to have, so we'll just live in denial, m'kay???)

I feel so badly for you. You have entirely too much to do. Something definitely has to give 'cause you're giving far too much.

I'll leave the privilege of intelligent commenting to the others and just say LMAO!!!! at that blogging picture!!

I have so much respect for moms who work full time---I worked part time after my 1st was born and it was HARD. There are different challenges for all of us; I hope you find relief soon.

I think the laptop could help (wish I could help you---I have an old Gateway that works fine but I know nothing about it; I may go for a Mac next time). The only other thing I could suggest is go cold turkey on the tv for a month to see if that frees up some time. I don't know if I could do it but *maybe* it'd give you time without hearing voices talking in your ears. : )

And also? Gave me a TWITCH IN MY EYE.

Yikes! And what I said before.

I hear ya though on needing your mommy, and being a tv junkie. (quiz me...go ahead:) But Twitter??? Forget about it. Leave me in the dark. Blissfully in the dark. Blogging has consumed enough of my life,lol!