I got my hair cut and colored yesterday. MUUUUCH darker. A good color for fall, because I was lookin' pretty brassy.

(In Boston, mind you.) Only charged me $90. For dyeing it back to my original color, and then adding lowlights, PLUS a cut and blowdry. Very much unlike this incident. (I might love him.)

But Hubby? Barely acknowledged the new me. I managed to eke out of him a grudging "Yeah, I can tell it's darker." None of my children noticed. (Granted, they're little boyz preoccupied with trucks, sports, and their pee-pees.)

No one at work said anything either, except the two women I work closely with who KNEW I was going because I was gone for 2 hours during lunch!

I'm feeling a leeetle put out. And kinda sad. Am I that much of a wallflower that no one can notice such drastic-ticity? (Yeah, I totally made that word up.)

So should I be offended that no one noticed? Or should I be worried that maybe, in fact, people did notice, but nobody has said anything because it's u.g.l.y?

(Pictures to come. I desperately need some affirmation here.)

*Updated*: Okay, here they are: 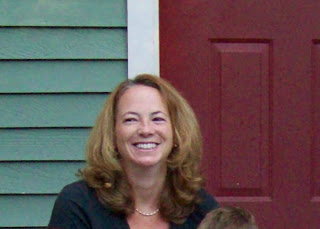 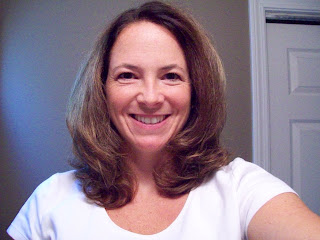 I just finished Twilight. And?

Do the next few books get better? I just bought New Moon today (only because I had a 25% pff coupon at Borders.) But I'm EASILY not buying the next 2 (or is it 3?) until they're in paperback.

Do tell - what's the allure?

Don't forget about my giveaways! (Because I'm a giver.)

Want to win tickets to the Greatest Show on Earth in Boston? Click here.

It was definitely cold(er) here in New England today. High of 65. Fall. Ish. But the leaves on the trees are still (mostly) green, dammit!

And it didn't stop me from wearing open-toed shoes with khakis and a 3/4 length shirt to work. Albeit with a denim jacket.

But I saw a chick getting onto my train tonight at 5pm wearing a DOWN-FILLED PUFFY VEST WITH A FUR COLLAR, AND UGG BOOTS. I wanted to smack her.
Posted by Sarahviz at Friday, September 19, 2008

Have yet to read even one of those books so I'm no help.

Yes I'll need to see a picture of that new do. Men are clueless - we know this. Don't go by their lack of reaction.

i am sure the new hair is lovely and all the people that didn't notice just flat out suck. the end.

as for twilight - i have it on the night stand. haven't started it. keep looking at it. but vampires?? really?

ps - haven't snuck out of my reader for a while...love the new family pic over there :)

1. The hair is gorgeous. Trust me. I know these things. People didn't comment because the weather has changed and it's getting dark earlier, and they're not sure if it's really you that changed and they don't want to say something and be wrong. But they noticed. I saw something written about it on the bathroom walls all the way up here. Wicked hawt, it said.

3. I'd love to take the kids to the circus, please.

4. Agreed, it is too early to abandon the cute late summer/fall outfits for full-on winterization just yet. She must not be local.

OK, I am kind of wishy washy on the whole Twilight thing but I can say that I do NOT think they get better. I liked number 2 about the same as number 1. Which is to say, I liked it OK when I could get past now annoying Bella is. Book 3 was worse and 4 IMHO, just sucked. I had a hard time even getting through it. The whole series really felt like it was written for adolescents to me. Adolescent GIRLS. And I love Harry Potter.

Sometimes what seems like a really big change to me, doesn't seem that way at all to other people. So maybe they truly didn't notice. My husband always notices my hair, but I didn't even notice when he shaved off his goatee. So I must defend the self-absorbed people everywhere. I would LOVE to see a picture though.

And I am not ready for fall clothes. Because I was supposed to be a size smaller by now so I could fit into mine. Better start working on that.

Yea, I'm not into those books either. EVERYONE is reading them, except for me. I will stick with my chick-lit.

Oh, I bet puffy vest girl was just PSYCHED that it's not 90 anymore. As for me, though, I'm still sporting flip flops for as long as possible. I'm looking forward to seeing the darker hair in person this week!

As for that Twilight business? Kudos for making it all the way through! I don't think I could get into that. I'm not a Harry Potter fan at all, either.

Here is my imput on no one saying anything: I'm usually afraid to say, "did you get your hair done?" Even if it looks nice.

I'm afraid there is sometimes the implied rudeness that I can tell it is a salon job and not just their natural glowing beauty.

Or maybe they just figure you are a natural glowing beauty. :^)

PS: I haven't read Twilight, but I felt that way about The Hobbit - I was really sad after I read it not to be in on how cool everybody else thought it was. They'd be all, "but didja read the part where...?"

And I'd be all, "Oh yeah, I was there. Just not interesting." It was like something in me was broken. Some stupid hobbit thing.

Can't help you w/ Twilight. I was totally into it and am now on the last book. What can I say? I get sucked into those things.

Boys are clueless. Your hair looks great and I can totally tell a difference! It is just a bit darker and frames your face very nicely. :)

Cute hair! Big difference! Can't figure out why no one would notice. They're dumb.

Twilight series: Inhaled them in about a week. But then, I love vampires. My 14yo will not be reading them, despite the fact they were written for young teen girls. Harry Potter never did a thing for me, and I never got through even one book. I read the end of the last book at Costco, just so I could ruin it for all the Potter freaks.

Puffy jacket: Sounds kinda fun, in a bone-chilling kind of way. Can't fathom ever needing one, since I live in So Cal. So, I won't be needing those circus tickets. Clowns freak me out anyway.

people are oblivious!! Your hair looks great! It looks thick -do you have thick hair? And I' m with you ... A frakin puffer vest?! Even if it was chilly - it's WAY too soon for UGGs!!!

LOVE the hair! I need to do something with my blonde half grown out highlights, and I plan to go a little darker for fall. My husband is the same way when I do anything. Barely a nod to acknowledge it. The only time he really said anything was when I chopped it all off. But as for colors, he never ever says anything. If it were me, I'd just be offended that nobody noticed, because it's darn sure not u.g.l.y.

I have never read Twilight. I am so out of the loop I didn't even know it was popular. Not sure if I want to read it.

I'm dying for fall to hit here. It's still 100 degrees outside. yuck.

Looks good (and darker) to me! If I knew you in real life I think I definitely would have noticed.

you look gorgeous in your new pic. great cut, especially for the season. so stylish of you to change your look according to the season - i never would have thought of that, which means i'm dullsville 12 months a year ;)

really, you look lovely. men are useless like that, so forget that. i bet your mum would notice!

My hubby also never says anything about my hair. Of course at the moment I'm sporting 2 inches of lovely gray roots, so what's to say?