Update on Baby (Hear the roar of the helicopter?) 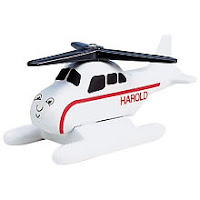 Since Baby and Middle are only 12-1/2 months apart, Baby also had his yearly checkup recently. He weighed in at a hefty 23lb, 10oz (only 2-1/2 pounds less than Middle, 1 year his senior). But he was still only 15th percentile. *Sigh* I know, I know. I shouldn't get all caught up in the numbers. I KNOW! But still...

Anyway, I explained to our kind pediatrician (who, for the record, was also my Hubby's pediatrician when he was growing up. My Hubby went to school with said Dr.'s children. Yep, it's a smaaaaalll town.) that Baby wasn't really "talking" yet at 2 years old. He stopped me in mid-explanation to interrupt me with the comment "Please don't compare him to your older two children"....which I admit, I am TOTALLY doing. But still...

My pediatrician was not in the least bit worried about Baby's lack of speech. At over 2 years old?! Don't get me wrong, I totally realize that Baby has 2 older brothers who do a lot most of the talking. What concerns me is that he still can barely say "Dada". Isn't the "D" sound one of the first sound that babies make? (When he calls for Hubby, it sounds more like "Ah-dah"...he never makes a word STARTING with a D...unless we call it to his attention and try to make him say a D word.) And he doesn't even come close to saying Middle and Eldest's real names. (Are you soooo curious as to what they are?? My lips are sealed.) Granted, he understands absolutely everything we say. And he attempts to make words, but they are mostly gibberish. His few clear words are Mommy, Momma, Mom, bup ("up"), moh ("more"), book, two, juice ("jew")...and there are a few more that only Hubby or I or close family members can understand, but he definitely does not know how to count, nor can he say the alphabet.

Hear a helicopter overhead? That's me....the hovering Mommy. I went ahead anyway and called EI (Early Intervention) to set up an appointment for a speech evaluation for Baby. They will call me back within 10 days to set up a consultation.

So those of you with only one child? Who feel uncertain about your parenting decisions? That feeling stays with us. No matter how many children you bear. Here I am with #3, feeling more uncertain than ever! Am I being crazy? But what can a consultation with Early Intervention hurt? (God, he'll have people actually paying attention to him 1 on 1...) But are they going to laugh at me? Why is it that since I called them, Baby has picked up about 10 new words? Is this a conspiracy?

I can imagine worrying. And at the same time, I see the doctor's point -- third child. Everyone else must talk for him!

I'd probably end up doing what you did. Even though it's nothing, I'm sure. And you're right -- worrying doesn't change with birth order. ;)

Sarah, since I am a Speech-Language Pathologist, I want to applaud you for ignoring your doc and getting an eval! I'm not saying I think there's something wrong with Baby, but so many people go by their peds. recommendations. Peds. actually know very little about speech/language development in my experience.

I'm sure it's scary. You're doing the right thing.

Crusher is a recent graduate of speech therapy and he started at about 18-months-old. I think you're doing the right thing (I can only imagine how much weight my opinion carries in your household!).

My son LOVED the therapy session which for his was just more play time. Lord only knows at 2.5 yo he never gets enough of that :).

You said what I think - what can it hurt? Peace of mind is worth it. He'll probably take off talking in sentences when he does decide to become more verbal. I've seen it happen with my friends' kids.

My son will be 2 in sept. and he isn't nearly saying as much as the other kids his age. I figure he will go at his own pace. His speach is still developing and he is more interested in talking now than he was a couple of months ago. If he hadn't started talking more I would have done the same thing you are doing.

My oldest is in speech. He has an expressive language disorder. He didn't qualify for EI, but I took him for a private eval anyway. At 2 he was saying 30 words...Now he is talking up a storm, sometimes I still can't understand him but he is speaking in sentences, so I'm thrilled. It really is mostly games, and I'm sure being the youngest of three he wouldn't mind the one-on-one attention...not saying he will need it, it's just not the worse thing in the world.

Most of the time it is nothing, but just in case it is something, like a language disorder, or something more mild, it is better to catch it young when it won't effect their school work.

You are doing the right thing...I don't think you are hovering. If you are, I am far, far, far worse.

As I was reading your post, I was going to tell you to call Early Intervention. I'm glad you did! It can't hurt, and could help him a lot. With my oldest boy, I waited until he was 2 1/2 to call EI. I thought, "Well, he understands everything, and he communicates in his own way..." I shouldn't have waited so long. Good for you.

What could it hurt? I think, no matter how silly our worries may seem to others, or even ourselves, we should endeavor to always trust our instinct, if it amounts to nothing, no one is any worse fo wear.

Didn't I tell you that would happen?? It's just the way it works, hon. But good for you for calling EI. It's not easy, I know.

You went with your gut, and that's always the right thing to do. If it turns out to be nothing Baby will have enjoyed a handful of play sessions and you will have gained some peace of mind. If there is something there, you will have given him the gift of time in terms of addressing the issues.

Trusting your instincts is definitely the way to go.

I'd rather be wrong, than ignore something.

You should've seen me pacing around the house when my 3rd didn't walk until 15 months!!!! I was a wreck.

Hang in there mommy.

We get MORE uncertain? GAH.

i would call to, you know what is best for him, can't harm him right ?

EI never hurts. I think that you're doing the right thing by listening to your heart rather than only taking the pediatrician's word for it.


And I'm totally with you on the uncertainty. I have four kids and I still second- and third-guess myself on an almost daily basis.

Hmmm... I am not sure whether your uncertainty is reassuring, or disconcerting, but I can only say, pour me another drink, too, please!

I think you are doing the right thing. I don't think there is cause for concern, but EI might give him a nudge and make everyone involved feel better. Good for you for trusting your gut. And I am on #4 and while some things I do worry about less, there is always something new to worry about it their place.

How is it that those graphs can so easily morph our opinions of ourselves as parents and make us question the things that we know, we just know are true?

And they wonder why I walk into those appointments crying when I'm signing the papers.

For what it is worth, I am glad you are going to meet with someone else. If nothing else to put your mind at ease.

I believe he will talk when he has something important to say.

In the meantime, please keep us all posted. You are in our thoughts.

I wouldn't be worried. Einstein didn't start talking until after he was 3.

It never hurts to have an evaluation. even if he is not delayed in his speech they might be able to give you some advice on how to work with him on increasing his vocabulary (which to me sound pretty good already).
Good luck, it will all work out.